On December 14th, the animated film BALLERINA directed by Eric Summer & Eric Warin releases in France. The English version is dubbed by Elle Fanning, Dane DeHaan, Carly Rae Jepsen and Maddie Ziegler. As for the French version, Camille Cottin and Malik Bentalha take over the voices of our two young protagonists.

Paris, 1878, Félicie, a young orphan, dreaming of becoming a prima ballerina, flees her countryside in Brittany for the capital, where she will pose as someone else in order to become a student at the Paris Opera. 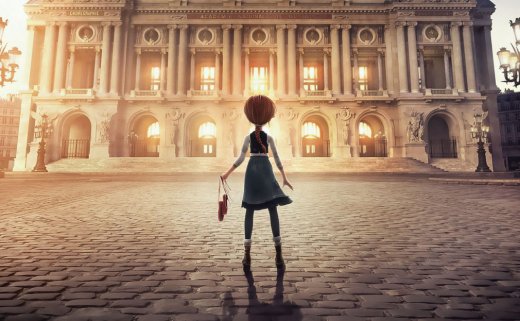